The Mi-2/nucleosome remodeling and histone deacetylase (NuRD) complex is a multiprotein machine proposed to regulate chromatin structure by nucleosome remodeling and histone deacetylation activities. Recent reports describing localization of NuRD provide new insights that question previous models on NuRD action, but are not in complete agreement. Here, we provide location analysis of endogenous MBD3, a component of NuRD complex, in two human breast cancer cell lines (MCF-7 and MDA-MB-231) using two independent genomic techniques: DNA adenine methyltransferase identification (DamID) and ChIP-seq. We observed concordance of the resulting genomic localization, suggesting that these studies are converging on a robust map for NuRD in the cancer cell genome. MBD3 preferentially associated with CpG rich promoters marked by H3K4me3 and showed cell-type specific localization across gene bodies, peaking around the transcription start site. A subset of sites bound by MBD3 was enriched in H3K27ac and was in physical proximity to promoters in three-dimensional space, suggesting function as enhancers. MBD3 enrichment was also noted at promoters modified by H3K27me3. Functional analysis of chromatin indicated that MBD3 regulates nucleosome occupancy near promoters and in gene bodies. These data suggest that MBD3, and by extension the NuRD complex, may have multiple roles in fine tuning expression for both active and silent genes, representing an important step in defining regulatory mechanisms by which NuRD complex controls chromatin structure and modification status. 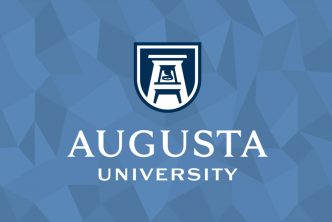