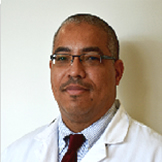 Although umbilical cord blood (UBC) hematopoietic cell transplantation (HCT) can cure advanced hematological malignancies, a recent study published in the American Journal of Transplantation by Jeremy Pantin, MBBS, and colleagues suggests there is plenty of room for improvement.

For hematopoietic progenitor cell (HPC) engraftment to be successful, it is believed that these cells must migrate to and engraft within the bone marrow. Traditional intravenous (IV) injection of HPCs seems to leave much of this up to chance. In fact, several clinical trials are investigating a direct delivery alternative that employs intrabone injection to deposit the cells into the bone marrow itself. Direct intrabone injection also bypasses a common pitfall of IV injection, where cells become trapped in the pulmonary vasculature. Although successful engraftment has been demonstrated with intrabone injection, limitations have also been discovered: for example, the current technique punctures the bone multiple times, leading to leakage of cells into surrounding tissue – compromising the goal of direct delivery. Having cells trapped by the pulmonary vasculature or lost via leakage from the marrow can become problematic when cells are limited, as when using UCB – particularly since UCB HPCs migrate to the bone marrow less efficiently than those from non-UCB sources.

Convinced of the potential benefits of direct delivery, Dr. Pantin and collaborators from the National Institutes of Health wanted to take technique optimization a step or two further. To do so, they made a number of changes. First, they developed and optimized a cell labeling method for tracking human HPCs. Conventional HPC labeling uses 111In oxine, which carries high doses of radiation that could in turn compromise cell function and viability. Single-photon emission computerized tomography (SPECT) images from this single photon emitter lack resolution and sensitivity. In contrast, Dr. Pantin’s group instead labeled HPCs with a positron emitter, 89Zr. The halflife of 89Zr permits week-long tracking, and positron emission tomography (PET) scanners produce sensitive images (ten times that of SPECT cameras) with higher resolution, requiring lower doses of radioactivity and preserving cell viability. They found that superimposed PET and CT images provide an accurate map of injected cells.

Dr. Pantin and colleagues then used this tracking system to study the cell transfer technique. For one thing, they discovered that injections by hand induced high pressures in the marrow, squeezing cells rapidly into the bloodstream. This led to modifying the injection needle by introducing side openings to facilitate low-pressure cell release. Developing a mechanized pump to monitor and control injection pressure, volumes, and flow rate, they eliminated the need for serial injections, successfully optimized intrabone HPC delivery, and improved retention of HPCs in the bone marrow.

Dr. Pantin is hopeful “this will change the way we do clinical transplantation” and is eager to pioneer this approach at GRU.

This site uses Akismet to reduce spam. Learn how your comment data is processed.