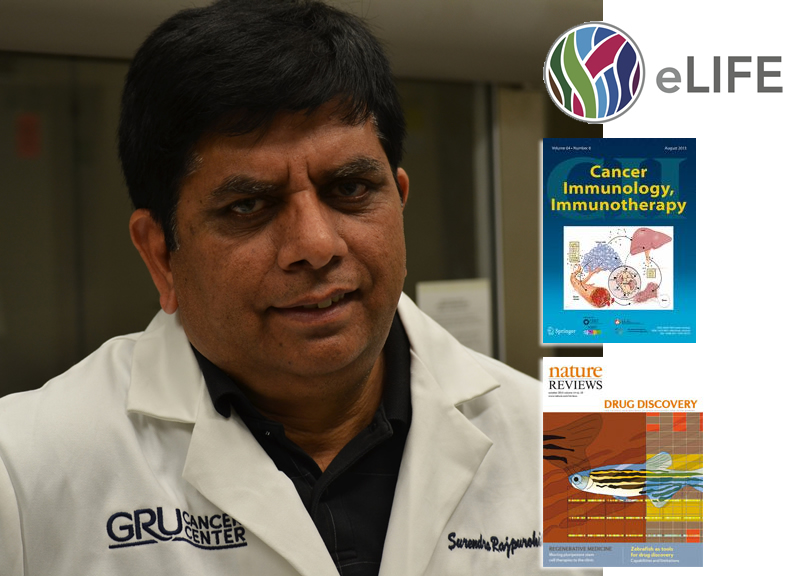 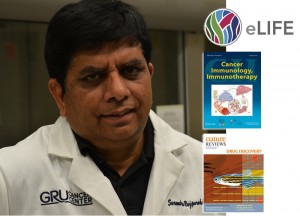 Research conducted by Surendra (Raj) Rajpurohit, PhD, now a member of the Maihle Laboratory, was published July 28, 2015 as “First quantitative high-throughput screen in zebrafish identifies novel pathways for increasing pancreatic beta-cell mass,” in the relatively new but impactful journal eLife.  Raj conducted studies that contributed to this publication while a postdoctoral fellow in the laboratory of Dr. Jeff Mumm at Georgia Regents University.  The publication has generated widespread interest, having received approximately 1,000 pdf download requests in its first month alone.  In the September 11 issue of Nature Reviews Drug Discovery, it was cited by Harvard researchers Drs. MacRae and Peterson in the journal’s Featured Article “Zebrafis h as tools for drug discovery,” which inspired the issue’s cover art by Susanne Harris.  Research Gate honored the article with a Spotlight, based on its receiving the highest number of views in one week from the Medical College of Georgia (MCG).

What makes the eLife publication of such interest is the innovative application of the high-throughput drug screen concept within an in vivo system.  Testing compounds directly in a whole organism shortens the time it takes to bring a drug to the clinic.  Finding new uses for drugs that have already passed the initial FDA process expedites translation to the clinic even further.  By using more than 500,000 zebrafish larvae, researchers screened 4,000 compounds to identify 24 FDA-approved drugs that could be repurposed for treating diabetes – based on functional analyses, including studies involving nuclear factor kB (NF-kB) signaling.

The research that helped Raj establish expertise in these areas led him to the next step in his career path.  In Dr. Maihle’s laboratory, he is now testing previously identified compounds in cell models of breast cancer.  In general, cancer treatment side effects are a major concern, especially those compromising heart function or glucose metabolism.  NF-kB activation has been implicated in both diabetes and cancer, and diabetics have been shown to have increased risk of developing breast cancer.  By further repurposing compounds that maintain glucose metabolism and interfere with NF-kB signaling, Raj hopes to expedite the development of refined treatment options for diabetic breast cancer patients. 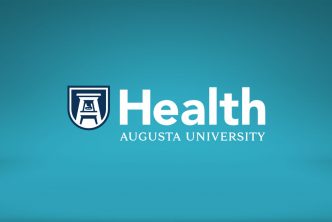