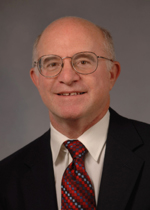 Dr. John E. Janik and colleagues from the National Institutes of Health and from the Roger Williams Medical Center report in the Proceedings of the National Academy of Sciences on a novel radioimmunotherapy that generated responses in 50% of relapsed Hodgkin’s lymphoma (HL) patients.  Even with drastic improvement of treatment strategies for HL over the past 50 years, many patients remain unresponsive to therapy or undergo relapse.  Although radionuclide-labeled monoclonal antibodies have been previously tested, the current strategy of using 90Y-daclizumab (i.e. radiolabeled IL-2 receptor alpha subunit, 90Y-labeled CD25) was designed to provide two distinct advantages.  First, CD25 is expressed on some Reed-Sternberg cells (large, malignant cells indicative of HL), is overexpressed on T cells surrounding Reed-Sternberg cells – and, except for Treg cells, CD25 is not expressed on resting lymphoid cells.  Second, since 90Y acts through “crossfire”, it can kill at a distance of several tumor cell diameters – including Reed-Sternberg cells that do not express CD25, as long as a surrounding T cell does.

The report discusses the use of this strategy (10-15 mCi 90Y-daclizumab every 6-10 weeks, up to seven doses) in treating 46 HL patients in a phase II trial.  Thrombocytopenia and granulocytopenia affected 40 of the 46 patients.  Although 13% of the 46 patients developed myelodysplastic syndrome (median time to diagnosis was 37 months), the study is too small to determine the roles played by pre-90Y-daclizumab chemotherapy and by systemic radioimmunotherapy; therefore, the authors recommend that subsequent trials incorporate pretreatment cytogenic studies prior to 90Y-daclizumab exposure.  Despite these potential complications, 90Y-daclizumab single agent treatment resulted in 14 complete and 9 partial remissions, which were achieved following two to five infusions.  Since a separate study using saturating doses of daclizumab alone failed to generate any complete or partial responses, the authors of the current trial recognize a critical role for 90Y.  They also suggest a positive role for their trial’s use of repeated dosing, which increases the tumor’s total radiation.  Correlative studies using phosphorylated H2AX expression as a marker of radiation-induced DNA damage indicated that nonmalignant cells in the tumor microenvironment were predominantly affected; the authors suggest that in this way, the ability of the microenvironment to nurture the tumor is compromised.  Aiming for further optimization, the authors have begun a subsequent trial incorporating autologous bone-marrow transplant and escalating doses of 90Y-daclizumab.