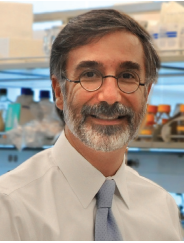 It’s been 50 years since the Surgeon General’s office officially linked smoking with an increased risk for cancer and in the years that have followed, any number of measures have been introduced to entice, encourage and aid people in giving up lighting up.

A lot of effort has gone into establishing strong messages, rules and regulations surrounding smoking, which has gone a long way toward ensuring people never start smoking. Still, for those that do smoke, science provides an impressive array of products.
For years, companies have stacked the shelves with all manner of remedies aimed at curbing the urge to smoke. Be it patches, gum or lozenges – all were presented as the answer to the quitting problem with varying degrees of success.

But none proved quite as popular as the electronic cigarette.

The first electronic cigarettes were introduced in 2004, initially in China and then around the world. In ten years, they have proven popular for not only people trying to quit smoking, but as an alternative for those who claim they will never start. In 2014, it is estimated that the e-cigarette business will generate $1.5 billion in sales and from approximately 2.5 million e-cigarette users in the United States.

The question now is are they keeping people from smoking or is this a case of taking one step forward and two steps back?

On April 24, the Food and Drug Administration released a plan to regulate the electronic cigarette industry. The reason – with more than 250 brands – all unregulated – there’s no way to measure the health effect of these devices.
If adopted, the FDA plan would requires the industry to not only submit their products for approval, list ingredients on packaging cease making health claims without scientific evidence. It would also ban sales to minors – a federal reinforcement of a law already adopted my most states, distribution of free samples and require health warnings on packaging.

A recent study by Nicotine and Tobacco Research, a health journal dedicated smoking-related issue, recently released findings that many e-cigarettes contain formaldehyde – a known carcinogen – in amounts comparable to the standard smoke. The truth is, without regulation there’s no way of knowing what e-smokers are drawing into their bodies and what effect that might have. If adopted, the FDA plan would requires the $2 billion industry to not only submit their products for approval, list ingredients on packaging cease making health claims without scientific evidence. It would also band sales to minors, distribution of free samples and require health warnings on packaging.

What is difficult, if not impossible, for the FDA to address through regulation is societal and psychological effect electronic cigarettes have on the public. Today, there is a stigma attached to smoking. It has taken nearly 50 years, but the idea of lighting up in an office, school or other public place is unimaginable. What was once accepted social behavior has become taboo.

But that’s not the case with electronic cigarettes. Because the vapors produced are regarded as harmless steam, e-smokers have little compulsion to confine their habit to more private environs. As a result, there is a growing acceptance of smoking – or vaping as it is often called – as permissible behavior. So while pulling out a pack of Pall Malls after an evening meal or before the movie starts has long since been discarded as unacceptable behavior, firing of the battery on the an electronic equivalent has become more acceptable and commonplace.

A recent survey published by the Centers for Disease Control and Prevention found that in 2012, approximately 1.8 million middle and high school students had tried e-cigarettes.

There is another concern. The electronic cigarette has been designed with the same primary purpose as a cigarette – to introduce nicotine into the human bloodstream. What happens, however, to the vaper who determines that the controlled doses offered by an e-cigarette are no longer satisfying that craving. Chances are, many of them will look toward a more efficient delivery system – the traditional cigarette. The CDC survey found that 76.3 percent of students that had tried e-cigarettes in the past 30 days had also smoked conventional cigarettes.

The fact is that after ten years of unregulated free-for-all marketing of these products, they have become popular and commonplace without the public, government regulators or even the health care community really having a clear understanding of what the consequences of their use might be. Right now they are regarded as the straw that might break Camel’s back, but it is our responsibility to ensure that we are not trading one problem for another.

Dr. Samir N. Khleif is Director of the Georgia Regents University Cancer Center. A medical oncology and opinion leader who has served on many international committees, working groups and expert panels, he is leading the transformation of the GRU Cancer Center into a National Cancer Institute-designated cancer center.